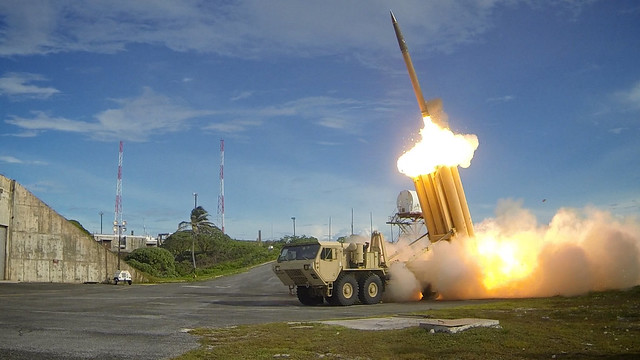 Most of us must have seen a missile being destroyed by another missile in the movies. But what if we told you that if any country decides to launch a missile at your country, your country’s defence might be able to shoot it down?

Thanks to the advancements in technology, countries today are equipped with the weapon as well as defence systems, required to defend the civilian population from lethal attacks. And as you must have guessed, it takes a lot of work, as well as precision to locate the missile that might impose a threat, track its path, point of impact and to destroy it on neutral ground, all in the fraction of seconds.

Not only the whole operation requires high-end support system, but also requires satellites, sensors and interceptors, all working together against the incoming warhead, to finally destroy it.

So in this article, we are going to cover some of the best and most advanced defence systems most countries are trying to get their hands on.

The job of C4I Air & Missile Defense System is to read the levels of threat from the incoming warhead and assign the most suitable defence system. This defence system could be David’s Sling, Spyder Family or the Iron Dome. which further provide automatic, semi-automatic or manual control to take down the enemy’s missile.

Some of the key features of these defence systems are as follows:

1. Future proof. The open, modular architecture provides full freedom to the users to upgrade and customise the systems as per future requirements.

2. Automatic and seamless selection of the best solution.

3.  An affordable solution for keeping the air space protected.

As per the reports, this system was purchased by the UK and the deal was finalised in $79.1 million.

David’s Sling™, also known as Skyceptor™ or Stunner™ is an Israel Defence Force’s defence system, the development of which was awarded to Rafael and Raytheon. This defence system is designed to destroy all sorts of long and medium-range missiles, which are launched from the range of 40km to 300km.

The information from the radar arrays and multi-mission resources is used to build comprehensive and precise ASP. The planned course is then designed and is communicated via the data link to the launcher. This allows retargeting of the receptor in real-time to successfully eliminate the threat.

Some of the key features of this Missile Defense System are as follows:

In 2010, David’s sling was offered to the Indian Armed Forces. In 2015, this defence system gained a huge amount of popularity in six countries of the GCC.

It is evident that Israel does not take the safety and security concerns of its people lightly. From Iron dome to David’s sling, Israel is doing everything to eliminate any sort of terror from the sky. Most of the equipment has also gained interests from international prospects and major countries have already started investing in such defence systems.