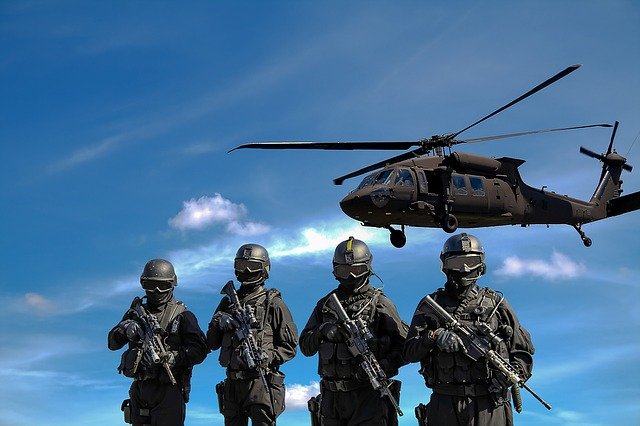 A battle ground consists of many components. Apart from militants, expensive weaponry is also deployed on the battlefield which includes tanks, AFVs, fighter aircraft etc. Destruction of these during combat not only brings down the morale of the militants but takes a toll on the war budget.

While there are many weapons that are being manufactured by the weapon giants that pose a serious threat to these expensive war machines, countries also have started investing in expensive armour to neutralise the impact of these weapons.

In the age of anti-material rifles and guided missiles, immune to GPS jamming and equipped with artificial intelligence, the manufacturers have also successfully created effective active protection systems, which are suitable for light as well as heavy AFVs.

This system is ideal for heavy as well as lightly armoured fighting vehicles (AFV). This hard-kill active protection system was designed by Israel Military Industries. While the concept of this system was announced in 2006, the system was expected to enter the testing phase in mid-2007.

The job of this system is to detect anti-tank guided missiles, track their trajectory and effectively destroy them. The system relies on two sensing techniques, one of which is radiofrequency and another is passive infra-red. The system engages in soft as well as hard kill while minimizing the collateral damage.

Just like Iron fist, the Bright arrow is also a hard and soft-kill active protection system manufactured by I.M.I. Israel Military Industries Ltd. This system is ideal for light AFVs which detects the threats with the help of sensors and starts the rapid-fire.

Based on Iron fist’s technologies, Bright arrow consists of a 7.62 machine gun, which deploys hard and soft kill measures against any sort of guided missile or anti-tank threat.

Introduced in October 2005,  this remote-controlled weapon system is highly cost-effective which ensures the safety of the AFVs and the crew.

While these systems can be expensive to deploy on multiple AFVs, most countries are trying to get their hands on the technologies to protect their assets and militant lives. Global leaders have already started securing their war assets, equipping them with all the armour they need, making them ready for every challenge and situation.